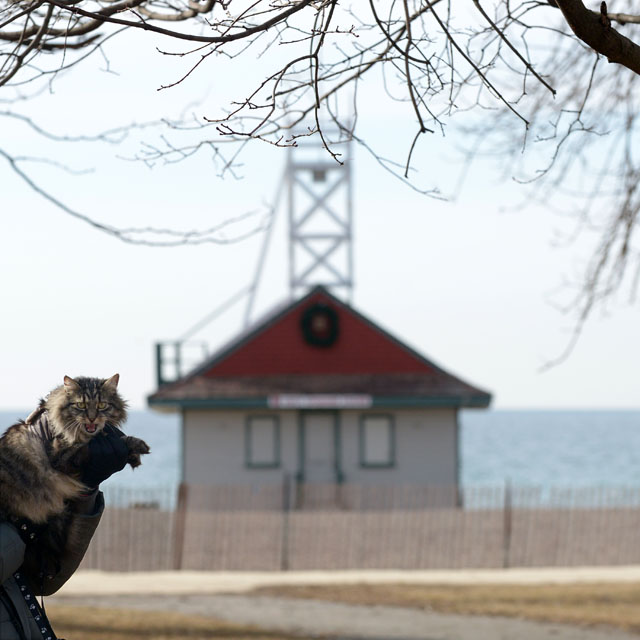 This is it. The last day. And the first, in many ways.

I didn’t know how to properly end off this project. I had ideas of photographing myself jumping in the air in front of the lifeguard station – or calling a few close friends to come stand down there for a final goodbye portrait. And I actually started to get a little emotional, realizing I had no idea how to properly say farewell to the past 365 days.

So, meet Zoey cat. He’s popped up in the extra photos section of this project a handful of times. He’s my little mascot. For every big (and little) thing that has happened since moving to Toronto I’ve turned to him to bounce ideas off of. He never really actually answers me, but that’s besides the point.

I also really just wanted to make you smile. Because without you reading this right now, I wouldn’t have been able to complete this project. Some of you have followed the project all the way through, and some of you have looked maybe just once. I appreciate all of the support. The kind emails I’ve received sporadically throughout the year, the retweets and Facebook messages, and the great conversations I’ve had with neighbours and visitors to the area – those little things have kept me going.

On April 3, 2013, an idea came to me after a really bad week. We all have bad days at work, this was one of those moments where I felt like I was stuck at the bottom of an endless rut. I have a flair for the dramatic at times.

Sitting down by the rocks that fateful day, an idea was born. I’d seen hundreds of photos of the lifeguard station from the moment I moved to Toronto, and I never bothered shooting it because I wanted to do something different. I just wanted one really nice photo of the station to hang in my beach apartment because to me, there is no area nicer in this city. No offence to any other neighbourhoods, this one just fits with my life perfectly. Probably because I don’t know how to do anything simple, instead of taking just one photo of the station, I decided why don’t I take one photo every day for a year? I’m not a landscape photographer – years at newspapers taught me that I excel at taking photos of people. It doesn’t matter what context the people are in, that’s just the only way I really know how to operate.

I’m sure by now you may already know what the rules and restrictions I set out for this project entailed. Same spot, same framing, any time of day – just get people in it.

And the rest was history. Hot summer days were the easiest, I was down there anyways, so who wouldn’t want to spend half an hour photographing the neighbourhood. But there were the days that I was ill, or it was minus twenty-eight at four in the morning because I had a plane to catch. Those weren’t as easy. But it’s become such a huge part of my life. A little milestone for me, personally.

I really recommend that everyone do something for themselves every single day. It doesn’t matter what it is that you decide to do – just make sure you do it. It’s good for the soul.

Thank you to everyone who helped make this possible. And thank you too, to those who made a few snide comments about the project over the course of the year. “Why would you bother with that, it’s just a photo of building?” My answer hasn’t changed. Because I can, because I could, and because I wanted to. And because this is my home, my passion, and now a part of my life forever.

Stay in touch. (And please follow along on my new adventure – starting now.)

Thank you especially to: Robin Kuniski, John Hanley, Paul and Beverly Pedersen, Chelsea Eisenkirch, Zoey (cat) Harrigan, The Beach Metro, The Beach-Riverdale Mirror/InsideToronto.com, and last but certainly not least: you. 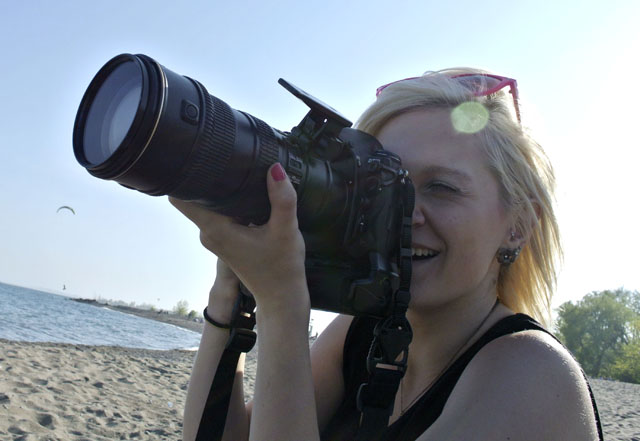